3 replies to this topic

A friend forwarded the following URLS to me, asking if I was aware of this issue, if it was real and if I had any suggestions. The only thing I honestly could tell him is that I haven't owned a shootable Garand in more than 10 years and, when I did, I never had a problem with any commercial .30-06 ammo. Have any of you experienced the issue mentioned on these URLs?

Garands can be wrecked quicker with hot loads, no doubt about that.

The Navy Rifle Team used Garands in 30.06 many years and then converted them to 7.62 and used M118 Match.  Initially they were issued with three op rods that were gaged to be on the money and that would get their shooters through one season.  When they went o M118 ammo the port pressures went way down and the same op rod lasted the entire season.

I found that by pulling down M72 Match ammo the propellant weighed 46 grains,  By  dumping propellant, neck sizing the cases,cleaning the bullets and reloading ammo with weighed charges of 43.3 grains the group sizes were reduced about 1/3rd.

DO NOT REDUCE LOADS BELOW PUBLISHED MANUAL RANGES as you will develop spike pressures.

I fell into a beautiful Tanker Garand that had new Douglas barrel and was unfired in an estate sale. 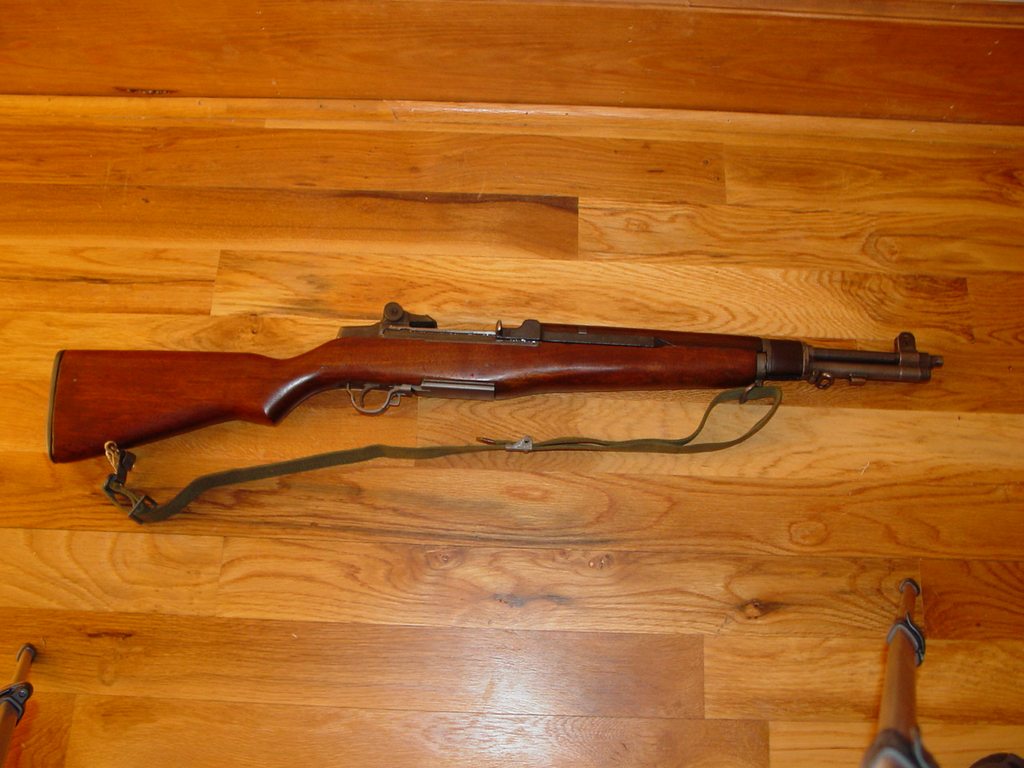 When I started to shoot it ejection was at 11:30 which I knew was way too hot (because gas port is about six inches closer to the chamber and port pressure is out the roof) so I made a stainless steel gas port and vented it so excess port pressure was vented out the front.  The first hole I drilled was too small and ejection was at 5:00.  I opened the port to the next size number drill and ejection went to 4:00.  I opened it again and it went to 3:00.  I kept opening the port until ejection was at 2:00.  Then I ran a combo of M2 Ball and M72 Match and both cases ejected between 1:00 and 2:00 which is right where you want them to be.

Hook Boutin bedded it, did a trigger job and replaced the op rod spring which was not properly altered for the Tanker conversion.  Proper ones for tankers are available from Wolf Springs.

This is now my out the door rifle should I need  something authoritative in a hurry with a Garand ammo belt and 10 clips.  The 11th clip is on the sling for quick loading.

Garands can develop other problems as the bump on the bullet guide was never listed as a lube point and when they wear down you will start to see your enbloc clip jump ship about 6th or 7th round.  It can be repaired with TIG welding the bump to raise it up.  The drawing for the bump is supposed to be .155" high - .015".  The fix is to build it up to .165 and you are good to go forever.

If anyone wants the drawing on the bullet guide send me a PM with email address and I will send it to you.

I have heard of it, but never experienced it because I only feed my M1, M2 Ball or similar pressure loads. That's what she was designed for. Regular commercial ammo pressures will beat the crap out the op rod (and other parts) till it cracks. And Op rods are not cheap anymore. However, a few commercial brands now carry M1 Garand specific ammo, that is new and fresh. M2 ball surplus is drying up quick, so this is great news. I use these and never had an issue. And my M1 gets a regular workout now due to availability.

There are also several commercial adjustable gas plugs that will allow one to shoot commercial ammo "in a pinch" and not destroy your firearm. Keep the original and you have not affected the historical value of your rifle. Lots of you probably know this already. http://www.garandgea...d-gas-plug.html

Back to Milsurp [Rifles]